Look around the boat park at an Olympic classes event and you will see large tool boxes everywhere, with a lot of boat maintenance going on daily.  Thankfully we don’t have the stresses on our boats/rigging and the resultant maintenance needs that the 470, 49ers and some other classes require! 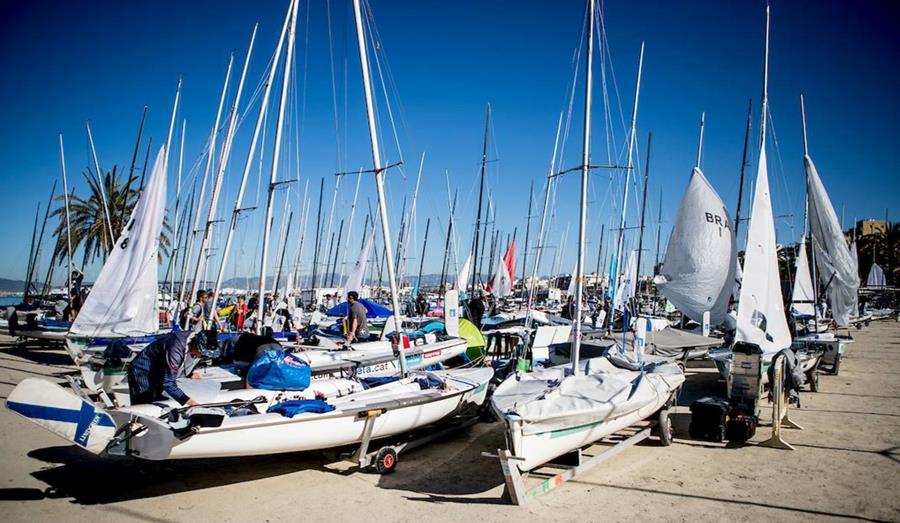 The flip side to this is that we may not check our boats regularly enough and only find out problems when it is too late.  Did I check my boat over carefully even once during the Masters Worlds in Barcelona – I hate to admit it but no!  In my defence, it was a new charter boat and my rigging was all brand new. But there are things that should be looked at regularly, some obvious and some less so.  Southeast Sailboats together with Team GBR sailor Micky Beckett have put this simple checklist together of things that should be looked at regularly:
Modern covered control lines have a strong core and varying degrees of durability in the cover.  When the cover wears, either through cleating in normal use, or gets snagged, it starts to go fluffy which is the first sign that you should look at it more carefully.  There is a very fine line between a fluffy cover and one that suddenly lets go, and it is prudent to replace early rather than finding out that it is too late. 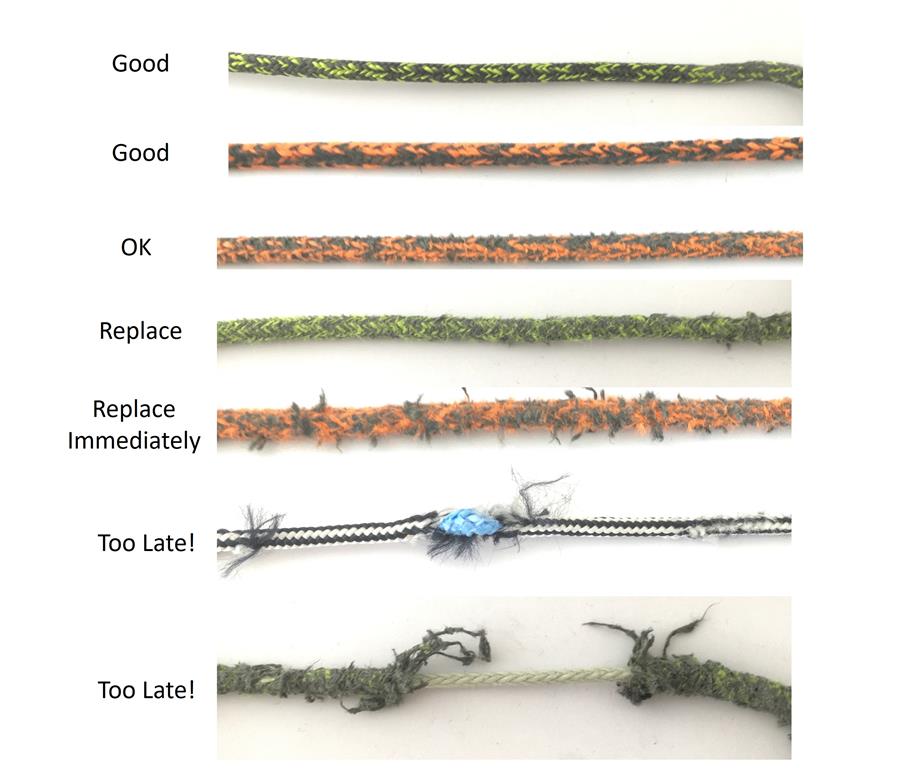 The kicker/vang system.  This is the system that gets returned frequently to re-rope for customers, and the one where I see the most problems.   Most often it is because the control line has worn, as mentioned above, but I always check the complete system over and I rarely return it without something else needing fixing - here are the three common problem areas:
The first problem area is the small black fairlead behind the cleat which can get worn very quickly, especially if you are using some of the more durable rope types.  As soon as a groove has formed in the fairlead it will start acting more like a cleat than a smooth fairlead and will increasingly wear away your control line, as well as making it harder to use.  As soon as even a small groove has formed either rotate the fairlead 180 degrees or replace it.    NOTE - as a heads-up, earlier this year I submitted a formal rule change request into ILCA to allow the use a more durable fairlead using a metal insert. Look out for a vote on the proposed rule change soon!

The second area is the kicker/vang keys.  If you haven’t already changed your key to one of the newer, stronger ones from Harken or Allen, you should be checking your key regularly as they do break even on the Radial/ILCA6.  The first signs are a slight deformation or dishing of the circular top  (left image).  If it isn’t absolutely flat it is the first sign that it will break.  The second sign are very small, and very hard to see, cracks where the shaft meets the top disk (right Image).

The final vang/kicker check is to make sure that your blocks are free running by pulling/releasing your control lines when washing your boat – this ensures that the sheaves in the blocks rotate and the bearings get flushed effectively.  If you have a block that still isn’t rotating freely, immerse it in soapy water overnight and then flush with clean water.

Spars become cracked before snapping. They don’t snap without due warning. Check the bottom section at the rivets for the kicker fitting and again at the deck level. Check the boom at the kicker fitting and the rivets for the mainsheet blocks, also making sure that there is no movement.  If no cracks or movement then you’re good to go - any cracks longer than 1cm and you are dancing with the devil!

The gooseneck breaking has been known to cause some people to use their discards.  It can break in a few different ways, but the root cause is always the bolt coming undone so keep it tight if possible. If you see any cracking in the gooseneck where it is holding the pin (see photo below) you need to replace it (find a friend with 6 rivets, a drill and a rivet gun). 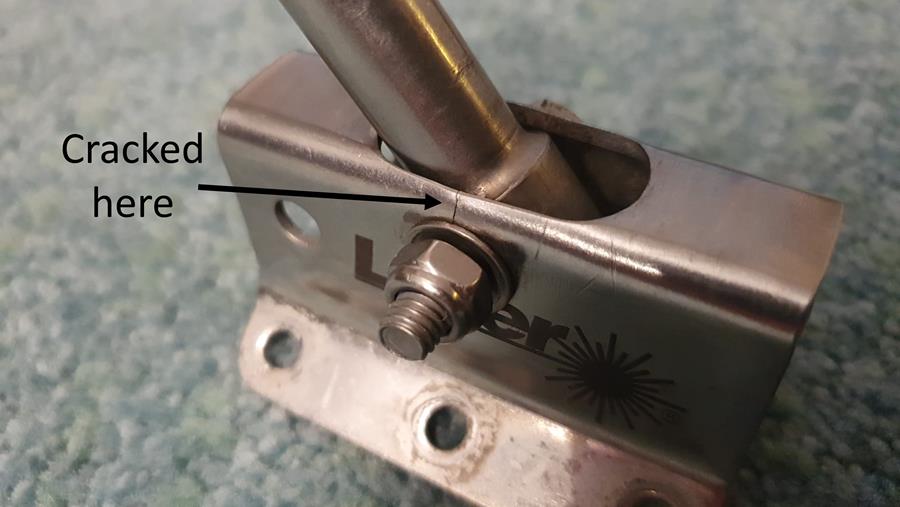